What’s So Great About Tim Tebow? 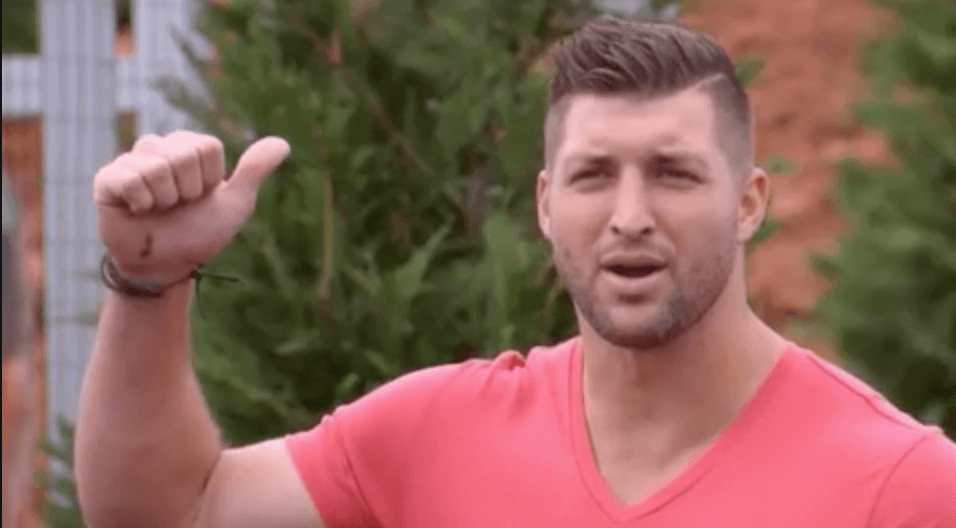 Tebow’s take on the recent California Senate passing a bill allowing student-athletes to have endorsements drew the ire of fans—and athletes all over the world. Many thought Tebow’s take came from a position of privilege and that he wasn’t thinking of athletes who grew up in less fortunate circumstances. I have plenty of thoughts on his stance—and the way he communicated it. But that’s for another time.

I want to address a different question: why are we still talking about this guy?

What’s so great about Tim Tebow? A lot, actually.

There is something unique about him that sets him apart from most—if not all—other Christian athletes. Before we get into what distinguishes him from others, here is what I know is true:

During my time as the Social Media Director for Athletes in Action, one of my main goals was to drive people to the athletesinaction.org website. I knew that anytime we attached a picture of Tebow to one of our written pieces of content, it drove 2-3 times more traffic to the site than other pictures.

We called this the “Tebow effect.”

I know ESPN knows the “Tebow effect” too. There is a reason he is still making ESPN headlines as someone trying to play baseball for the New York Mets. ESPN knows that you (and I) will always read, click, and stay engaged with the latest news surrounding him.

Why? Why are we so fascinated with this man?

Because we love it when our Christian heroes check at least one of these five boxes:

We love Christian athletes who are talented

Kurt Warner. Reggie White. Kevin Durant. Steph Curry. Russell Wilson. Allyson Felix. Maya Moore. And yes, Tim Tebow. One can easily understand why we are quick to elevate athletes who love—or at least outwardly proclaim to love—God. It is fun to see people who believe what we believe succeed.

It is fun to watch someone who I have no relationship with, but who believes in the same God I do, play with a level of excellence that is rare. The thing that is most important to both of our lives somehow connects us. In an odd sense, we are on the same team.

When I cheer a talented Christian athlete on, I am really saying “I am cheering for them because I believe the same thing that they do!”

Anytime sports and platform are brought up, the image I get in my mind is Tebow playing in the National Championship game for the Florida Gators in 2009. The eye-black under his eyes read “John 3:16.” Google reported the next day that the verse had been Googled more than 90 million times.

We love that kind of stuff—and rightfully so.

Confession time. I cringe a little bit when athletes flippantly give God credit after a victory or athletic achievement. In those moments I want more from them. As a fan and fellow believer, I know I am not entitled to that, but I want more than a one-sentence acknowledgment.

For example, Bears kicker Eddy Pineiro recently stated after kicking a game winning field goal: “For everybody listening, If you don’t believe in Jesus Christ, you better start because he’s real, I promise you that.” And that’s great. Praise God. But I always want more as a listener. Eddy, are you saying we should believe in Jesus because he helps us win games or gives us success in life? I’m guessing the team you beat may have an issue with that. Last year’s kicker for the Bears, Cody Parkey, may have an issue with that too. I just want more than the soundbite.

In fact, when was the last time you heard an interview with him where he did not spend the majority of the time talking about his faith? There may not be a better example of his insistence to talk about his faith than in this interview after a victory against the New York Jets.

Tebow uses almost every question to put the focus back on God. While most Christian athlete’s lines sound forced, he has a pastoral way of communicating what is most important to him.

Christian athletes will always have critics, especially those who are outspoken about their faith. Although it is not commendable, it is understandable that Christian athletes sometimes snap back in the heat of the moment. Everyone has a breaking point when criticism piles on.

Tebow seems to be immune to it—at least outwardly.

One of my favorite Tebow clips of all time is an exchange he had with former ESPN First Take panelist, Skip Bayless. Bayless brought up former Bronco’s quarterback Jake Plummer’s comments when he said:

“I think that when he accepts the fact that we know that he loves Jesus Christ then I think I’ll like him a little better. I don’t hate him because of that, I just would rather not have to hear that every time he takes a good snap or makes a good handoff.”

“If you’re married, and you have a wife, and you really love your wife, is it good enough to only say to your wife, ‘I love her,’ the day you get married? Or should you tell her every single day when you wake up and have the opportunity? And that’s how I feel about my relationship with Jesus Christ. It is the most important thing in my life, so every opportunity I have to tell him I love him, or I’m given an opportunity to shout him out on national TV, I’m going to take that opportunity.”

That is not only taking the high road, but also giving a convincing argument for why he does what he does, in a way that does not attack or demean the person criticizing him.

1 Peter 3:15 says: “But in your hearts revere Christ as Lord. Always be prepared to give an answer to everyone who asks you to give the reason for the hope that you have. But do this with gentleness and respect.”

Tebow always seems to give the right answer—with gentleness and respect.

As Ed Uszynski pointed out in a piece on Tim Tebow: “Tebow has become a master of preaching without sounding self-righteous, teaching while still sounding like a learner, competing for the athlete’s crown while always making clear that he’s bowing to a completely different King.”

It does seem rare, however, when a Christian athlete can fill an entire resume with “good works” outside of their sport.

Mission trip to the Philippines? Check.
Aiding and praying for a man who had an in-flight medical emergency? Check.
Praying for a fan who apparently had a seizure? Check.
Plan 375 proms for people with special needs? Check.

The list goes on and on and on. Critics would say it is for show. Check out any of those stories and hear his tone. Hear his heart for the hurting, the oppressed.

We love Christian athletes who are great role models

We once posted Tebow’s press conference response to a reporter who asked how he juggles his career and charity work. The post (predictably) generated a lot of social media engagement. Here are a few noteworthy comments:

Again, as someone who used to handle the social media channels for a global sports ministry, I quickly found out that most Christian athletes we talk about and put on a platform have a flaw—as fans are quick to point out to us.

He used bad language in the last game. I saw it on the super-slow replay. He spoke poorly about the President. He yelled at the ref. Yelled at the coach. Did not shake hands after the game. Lashed out on social media.

Now, I know this is not true. I know he is not perfect. In fact, in the interview I referenced above, Tebow would probably prefer a “do over” as he failed to show the appropriate empathy for the issue he talked about.

Tebow seems to personify everything we think a Christian athlete should be. He is not only a role model, but he has also become the standard by which other role models are measured against.

We are drawn to Christian athletes who are great in at least one of the above areas. Tim Tebow separates himself from the pack by being exceptional in all of them.

And that, indeed, is fascinating.