How to Play a Family Kickball Game Without Killing Each Other 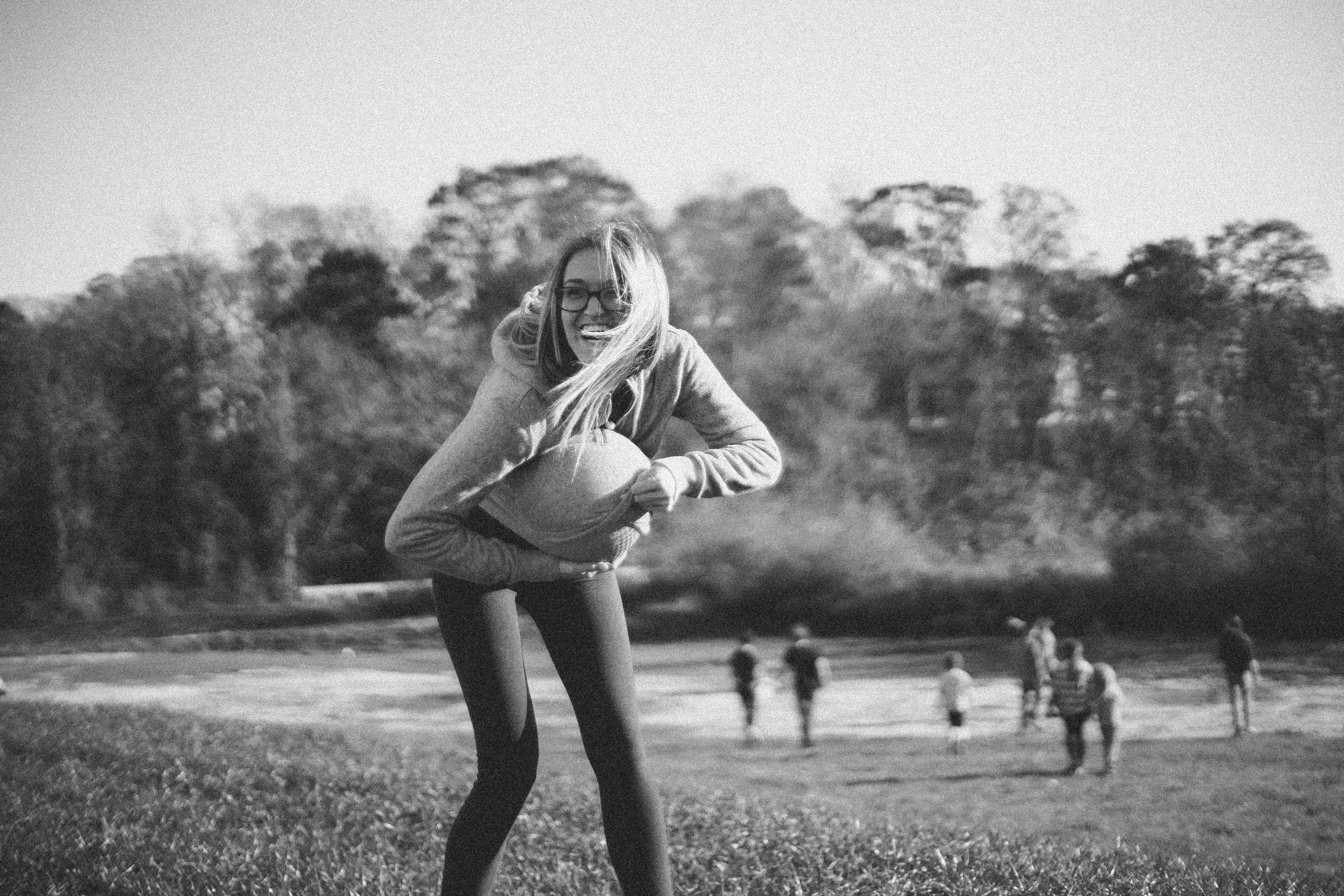 We were still riding our Easter high when we decided to play a game of family kickball with our cousins in the backyard. Our kids were up early searching for their baskets. They had sugar for breakfast and lunch. It was already 30 minutes past dinner time. The perfect recipe for a fun family game of kickball right?

It actually went better than expected. But there were so many opportunities for disaster. So many moments that could have turned a great day sour.

I usually write at the intersection of sports and faith. But this is not a “how to play kickball with your family in a way that glorifies God.” It’s how to do it in a way that you don’t want to strangle each other when it’s over. Which I guess is at some level glorifying to God.

Here we go. Seven things to keep in mind before your next backyard family kickball game.

Your team is your immediate family

Another way to put this is: don’t try to make teams fair. If you do, you inevitably set yourself up to yell at one another when the first team up to the plate scores 15 runs before your team records a single out.

How to handle bunting

If someone on your team decides to bunt, they need to be disciplined. If you can’t live out a “risk it to get the biscuit” mentality in a backyard kickball game, how are you going to make it through life without always playing it safe? Spare me the “it’s the smart play.” Kickball is about glory and glory isn’t obtained through dribbles down the third baseline resulting in a single. Kickball is about blasting it as hard as you’re humanly capable of and going for a triple when a double is stretching it.

With that being said, if someone on the other team bunts it, don’t harass them. Don’t make passive-aggressive comments to your team. Save the “if that’s the way Kaylee wants to play” or “if that’s what Uncle Justin teaches his family” for the walk back to your house.

When your stud nine-year-old somehow keeps kicking it down the first-base line when he should know that a line drive to the opposite field is wide open, keep your mouth shut. Tell him “nice kick buddy, they just made a good play.” Even though they just picked the ball up and stepped on the base right next to them…because you kicked it in the worst possible spot.

You know your kids are doing it. Don’t be the parents who insist that you were just playing for fun. Keep score. Declare a winner and a loser. Teach your kids how to win with humility and lose with grace. And then be done with it. Because it’s kickball.

You have to lead

No, I don’t mean lead off in the batting order. Please, don’t do that. And don’t insist on batting clean up either. Remember, kickball is about glory. Let your kid be the one coming to the plate with the bases loaded and a chance to knock some runs in. Back to the point, you need to lead. Your kids will follow your energy level and tone. You can make it fun and keep it fun by refusing to be passive. Teach your kids how to have fun, be competitive, and play the right way. If the words “let’s just do it over” come out of your mouth, you are not leading well.

If you are a mom or dad, you have a God-given mandate (Colossians 3:23 right?) to blast that kickball as far as humanly possible. Sure, this would be a great opportunity for cousin Rylee to catch her first fly ball. But she isn’t respecting your leg. It’s not about making her pay as much as it is about letting your kids see you go all-in for them. And you know what? It’s a learning lesson for Rylee. Maybe she’ll back up next time. Ultimate glory in kickball comes when you round the bases before the ball even makes its way back to the infield.

Pitch it the right way

Don’t be the family that bounces the pitch down the plate. Don’t be the speedball people. And please, don’t be the “put a little spin on it” guy or girl. Roll it. Medium speed. Right down the middle of the plate. More glory comes from catching a rocket off the leg of your older cousin Dominic than striking him out because he fouled it off his shin for the 12th time.