How to Glorify God as a Coach 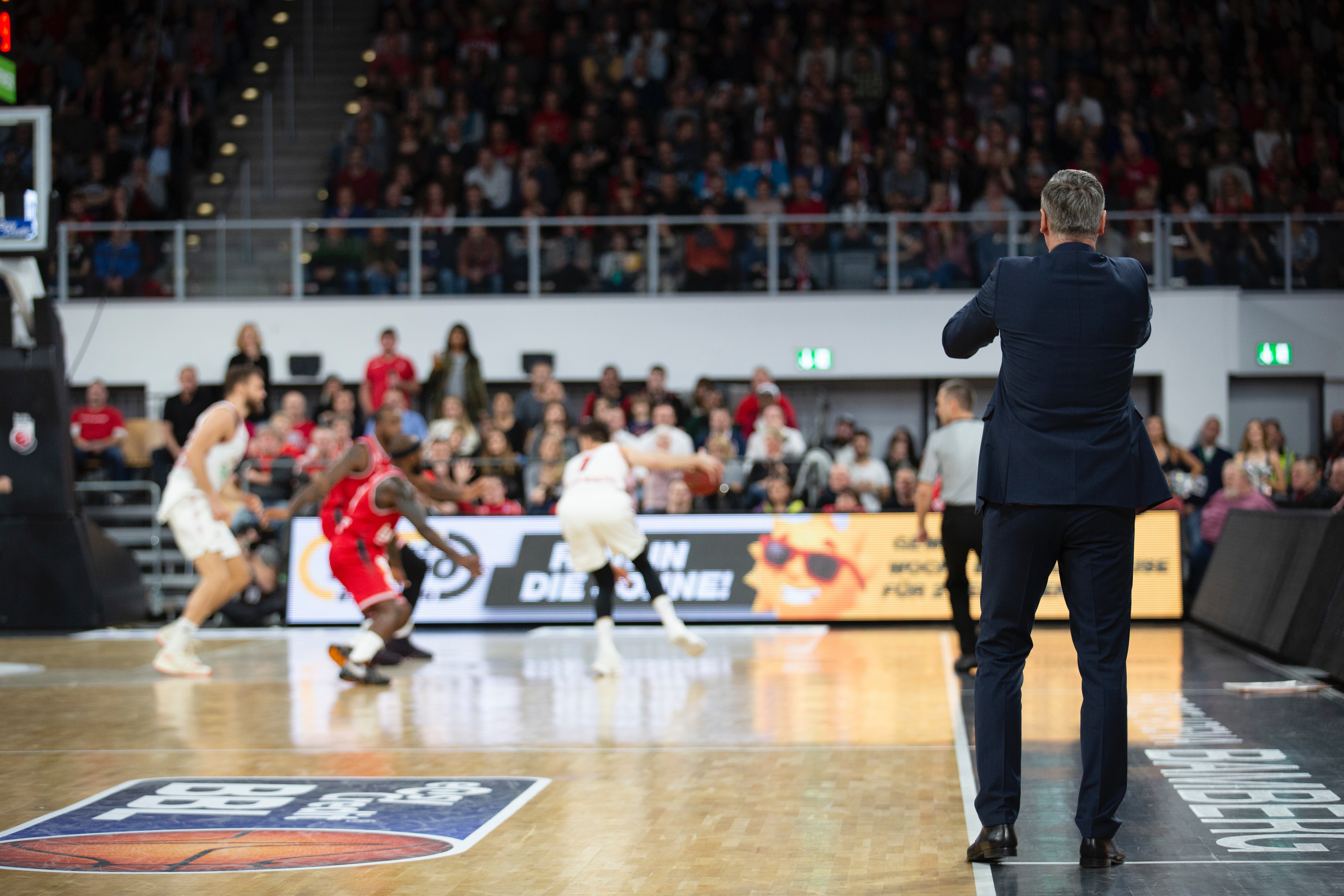 My quest to glorify God as a coach started at the youth sports level. Coaching youth sports is an eye-opening experience. I don’t say that because of the over-involved parents or the participation trophies or the specialization of every aspect of each sport. I say it because kids stink at sports—especially 7-year-olds. Now, before you send me tape of your nephew or niece who is coordinated enough to dribble a basketball and make a layup (as long as no one is trying to steal it), hear me out.

I say this because earlier in the fall my wife signed my kid up to play flag football. One week before the “season” began, the teams still lacked coaches to coach them. So my wife volunteered me. I acted slightly annoyed but the truth was I have always loved the game of football and while I knew I would be unable to implement a zone read offense with this squad of pre-pubescents, I at least thought I could teach them a few fun concepts on both sides of the ball.

The first practice was a nightmare. Not for the kids, mind you, but for me. The kids were content to chase each other, play tag and veer off to the nearest playground. Nothing I tried worked. After three weeks of practice, my team was able to line up correctly. Let me clarify. I was able to physically move my team to the appropriate position and they were able to stand still until the ball was snapped. But the ball never snapped because kids stink at sports and that would be way too hard to do. When the quarterback said “hike!” the center would turn around and hand them the ball. The quarterback would then hand the ball off to the running back who was able to run the right direction (2 weeks of practice for that) towards the end zone.

And my team was by far the best team in the league. Because we could line up correctly, “hike” the ball, and run in the right direction.

It was chaos. Madness. Unorganized. But my job as the coach was to stare down the madness and create some semblance of order out of the chaos of youth football. And I believe that glorified God.

Let me tell you why.

Creating Order From The Chaos

Genesis 1:2 gives us a glimpse of the nature and character of our mighty God: “The earth was without form and void, and darkness was over the face of the deep. And the Spirit of God was hovering over the face of the waters.” Then in verse three God says, “Let there be light,” and there was light.

What happened? God stared into the chaos and created order. The entire creation account shows God starting with nothing, creating something, and then organizing it into beauty. He did not just create matter. He created structure and systems and science. God did not just create humans. He created DNA and blood cells and skin tissues. You get the point. He created everything.

I’m not comparing what I did with my son’s youth football team, though it bordered on the miraculous, with God creating the known universe. What I am saying is this: any time we bring order and structure to something, we are imaging our creator. We are imitating him. And I believe that act of imitation brings Him glory.

Glorifying God through sports is often a layered experience. The very act of coaching a team is—on the surface, a way to mirror the nature and character of God. But we can do that with really jacked up motives.

That’s what I mean by a “layered experience.” If my heart posture is so focused on what the other parents think of me and my coaching skills, I end up loving the praise of humans more than the glory of God. In the end, I still glorify God—I think, but only partially. I fail to fully glorify Him by connecting my heart with my outward actions. There are absolutely more layers to glorifying God through coaching than the three I’m about to give you, but it’s a start—and they all start with “M” so that’s cool.

Glorifying God Through The Mandate

Whatever you want to call it, whether that’s creating, working, or structuring, is not only glorifying to God, it’s also a command to follow. Why? Because as image bearers, we “image” God by being productive and adding value to the world around us.

If you have ever seen the movie WALL-E, there’s an interesting 3-minute clip shedding light on a world with no work. A workless world is a purposeless world.

In his book Work Matters, Tom Nelson provides commentary to this scene from WALL-E in relationship to our mandate to work:

“God could have placed Adam and Eve in the garden of Eden and made much like the world of humans in WALL-E, where they could sit around with food coming to them, sipping their life-giving nutrients out of giant cups. This was not God’s desire or his design for his good world. Because God himself is a worker, and because we are his image bearers we were designed to reflect who God is in, through and by our work. The work we are called to do every day is an important part of our image-bearing nature and stewardship.”

So, in Genesis 1 and 2, before sin comes into the world and fractures everything, Nelson helps us see two foundational truths regarding mankind’s call to work and vocation: “we were created with an important stewardship in mind, to cultivate creation and to keep it. And we are commissioned by God to nurture, care for, and protect his creation.”

Think about that. God’s call to mankind to work came before sin ever entered the world. If God views our vocation as good, we should as well.

That’s the first layer of glorifying God through being a coach. The second layer goes beyond the mandate and into the motives.

Glorifying God Through The Motives

A quick google search for the word motivation defines it this way: “the reason or reasons one has for acting or behaving in a particular way.” If the mandate is the outward action, our motivation is the reason we want to do that particular action. Let’s play out a potential scenario.

Jon has been coaching high school basketball for over 20 years. He has a reputation as one of the brightest minds in the game and his team plays the right way—that is, they play as one cohesive unit. The characteristics of Jon’s teams are unselfish play and a willingness to sacrifice for the betterment of the team. His players consistently get good grades, display great moral behavior, and engage with the community. Is Jon glorifying God? Absolutely. At least on the first level. He is aligning himself, whether he knows it or not, with God’s mandate on all of us to work and create order around us.

What you don’t know about Jon is his identity is completely wrapped up in being a coach. His value is directly connected to the state titles he has accumulated and his reputation in the community because of it. He loves being known as “coach.” When his team loses, the foundation of his frustration is they made him look bad and incompetent—though he would never say it out loud. So, let’s ask the question again: Is Jon glorifying God? Absolutely not. He is doing everything right on the outside. But his motivation for doing it is not out of a love for God and a love for others. It’s out of a love for himself.

And God cares deeply about our motives. We see this perhaps most clearly in 1 Samuel 16:17. As Samuel looks for the next king of Israel, he looks over Jesse’s sons. Jesse brings out his most impressive boys first. Handsome. Tall. Strong. But God tells Samuel that none of these will do. Then God gives Samuel a glimpse at how He sees us:

We can look great on the outside. But our motives matter to God.

Glorifying God Through The Mission

I think coaches can glorify God through their vocational calling as a coach and through a Godly motivation that loves God and desires to serve their players. But I think there’s another element—or layer— missing to giving God the full glory He desires through sports. If coaches fail to incorporate a missional component within their vocation as a coach, I think they miss out on fully leveraging their influence for the glory of God. Put simply, I think coaches need to plan for how they are using their platform to influence God’s Kingdom.

Now, you could write an entire book about what this looks like (wink) but I will give one practical way to do it in the space below.

Your position and the built-in platform it gives you to speak truth and life into young kids gives you the opportunity to be used by God as a trajectory changer. Your very job description gives you the opportunity to interact with people who are at such a vulnerable and moldable spot in their life and leverage that reality to change trajectory—especially spiritual trajectory. Many researchers say the best chance of learning happens when you have some sort of emotional reaction. Sports may just be the most opportunistic learning environment available.

In his final postgame interview, Kyle Williams reflected on one of the most impactful moments in his entire career with the Buffalo Bills. It came from the mouth of one of his high school coaches.

After the game, Kyle Williams spoke with reporters for about 15 minutes. Of the answers he gave and the stories he shared, this is what stood out to me the most #Bills @WKBW pic.twitter.com/fgew0EQRe1

What did this interaction cost his high school coach? 20 seconds of his time. That’s it. Your platform as a coach gives you a relational microphone to call out—loudly and clearly—how God views the particular athlete(s) you are coaching. On the most practical of levels, you can use phrases that start like this:

None of those statements are overly preachy. They simply bring the athlete you are coaching above sports and into the heavenly realm—if only for a moment. But a moment is often all it takes to shift trajectory in people’s lives—and glorify God.