How I Failed My Son After His Footbal Game 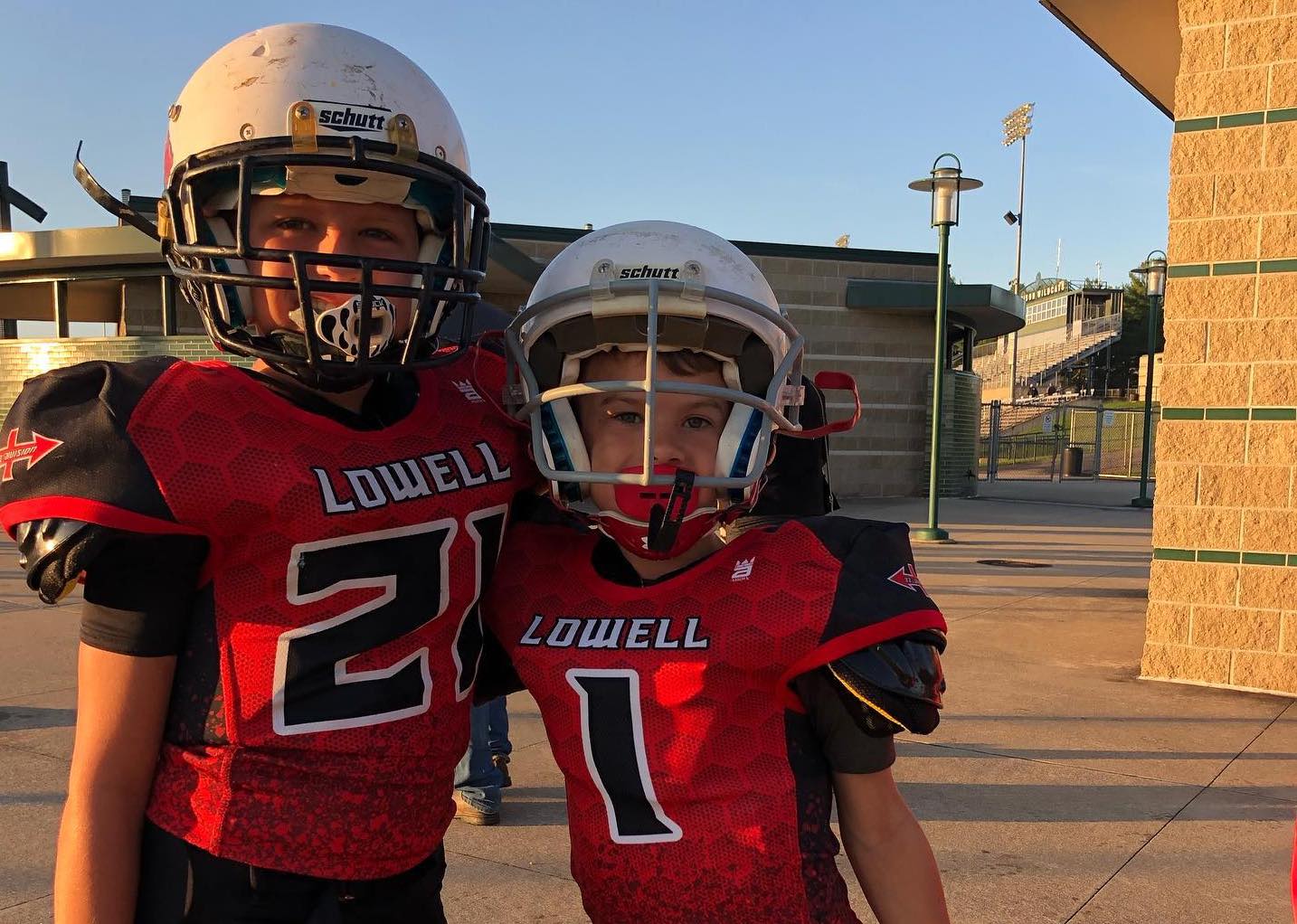 My 9 year old had his best game of the season this past weekend. He had a touchdown saving tackle in the open field and three catches—one was a 25 yard “bomb.” Another catch involved some shiftiness (video evidence) to gain some extra yards. He blocked well too. He is one of the smallest kids on the field and as a dad/coach, it was fun to see him be aggressive.

With 5 seconds left to play, our team was down by a touchdown. The ball was at midfield. What other play is there than to chuck it deep and hope for the best? My boy sprinted past his defender and waited for his cousin to throw it his way at the 30 yard line. Because this is youth football, the ball travels about 20 yards in the air. No where close to the end zone.

The football makes its way to Hudson, hits him right in the helmet, and bounces right into the hands of a nearby defender. Interception. Game over.

I’m so proud of my son and run over to him to tell him he played a great game. He’s in tears. This isn’t abnormal. I did the same thing when I was his age. But the loss wasn’t why he was upset.

“Derrick (not his real name) is being a butt head,” Hudson tells me through his tears.

“He just told me it’s my fault we lost the game.”

My heart sank. How do you respond as a dad in this moment? Hopefully better than I did.

“Buddy you did not lose the game for your team. You made more plays than Derrick did. Did he make any tackles? Did he catch any passes? No, he didn’t. But you did!”

Now, I wasn’t vicious toward Hudson’s teammate. But my response was anything but biblical.

I affirmed my son was worthy by comparing him to someone he played better than on that particular day. Hudson was wounded by the words of a teammate and my band aid for the situation was to essentially say, “Don’t worry about it, you’re better than him.”

Now, I’m not overreacting and believing the lie that I just screwed up my kid for the rest of his life. But if I continue to layer interactions like that on top of one another, I’m teaching him a dangerous lesson: that his identity is measured primarily by how he stacks up against those around him. My job as a dad is to help my kids understand that their Heavenly Father’s love is not measured by comparing them to the people around them. It’s not something that can be earned. It’s a love that’s freely given.

This was a prime opportunity to help Hudson not just know it intellectually, but experience it through me. And I blew it.

I should know better.

I’ve been in sports ministry for the better part of my life. I even wrote a children’s book about how God would act if he attended a youth sporting event. But I still let my emotions and competitiveness get the best of me at times.

If I could have a do-over, this is what I would’ve said.

“Derrick is being a butt head,”

“He just told me it’s my fault we lost the game.”

“Look at me buddy. He is a butt head for saying that (let’s be honest, I’m not perfect). But you did not lose the game for your team. I loved watching you played today. I’m so proud of you. Who’s opinion of you are you going to listen? Mine or Derrick’s?”

What I should have done is draw his attention back to his dad’s opinion of him. What my son needs to hear from me over and over and over again is how much I love him and how proud I am of him, not how happy I am that he played better than someone else.

In that moment, what I wanted was to protect my boy’s heart. But the best form of protection for him should not have been the comparison game. It should’ve been his dad telling him that my opinion matters most and I think the world of him and I’m proud of him. It should have been me reaffirming him that I loved watching him play and give his best effort.

Luckily, God gives me grace to do it better next time.

Because there will be plenty of butt heads like Derrick in his life.