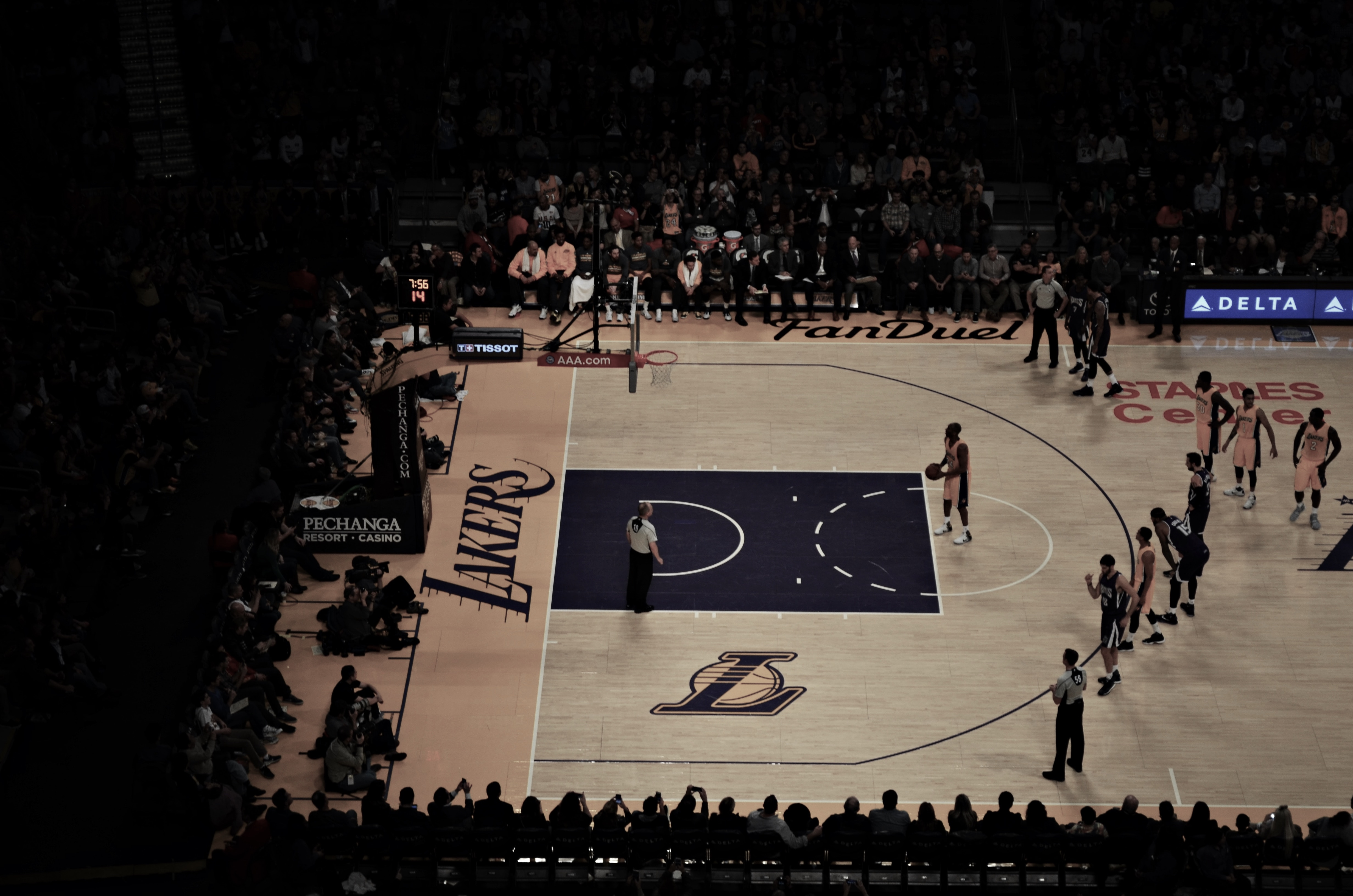 When it comes to athletes I habitually root for, my portfolio is fairly diverse. Carson Wentz has become a recent recipient of my investment as a fan. Steph Curry is another. I will always cheer for my professional teams and players from Detroit.

But my rooting interest is not limited to my hometown team or ones who seek to leverage their platform for faith-based initiatives. Athletes who are simply great also captivate my attention. Tiger Woods. Tom Brady. Athletes who have a seemingly singular focus in life to be great, to win.

Kobe Bryant fell into that category, too.

Few athletes have captured my attention as a fan more than Kobe. I have a deep appreciation for his skill, work ethic, and competitiveness. I love it that he always wanted to take the last shot.

I recently stumbled across an interview from 2015 where Bryant opened up on the sacrifices he made in a quest to become great.

“If you want to be the greatest of all-time at something, there’s going to be a negative side to that.”

When pressed for what he sacrificed, the topic of friendship came up.

This is not meant to be a sappy monologue that crescendos in encouraging Kobe to pursue meaningful friendships now that his basketball career is over. I want to look at the truths behind some of his comments, but ultimately challenge you, the reader, that success and deep friendship is not an either/or, but a both/and.

Jay Williams once did an interview where he gave us all a glimpse at the competitive nature of Kobe Bryant.

Before a 7 pm game against the Los Angeles Lakers, Williams wanted to get on the court at 3 pm to practice. When he got there, Bryant was already on the court, working on his game. Williams got in 90 minutes of practice. When he left, Kobe continued to work. After the game (where Kobe dropped 40 points on Williams’ Bulls), Williams asked Kobe why he spent so much time in the gym before tipoff. Bryant responded:

“Because I saw you come in. And I wanted you to know that it doesn’t matter how hard you work. That I’m willing to work harder than you.”

There are very few people in the world who have that kind of drive—and act on it. Yes, it comes with a cost, but most people wired like that do not see it as a cost at all. That drive—and the sacrifices made to achieve the goal—is what makes athletes like Kobe great.

The Bible tells us to work hard too

The idea of hard work isn’t simply a characteristic of all-time greats, it is a biblical concept that should be true of all Godly people.

The author of Ecclesiastes boldly encourages his readers with “Whatever your hand finds to do, do it with all your might” (Ecclesiastes 9:10).

Proverbs 22:29 asks: “Do you see a man skillful in his work? He will stand before kings; he will not stand before obscure men.”

Colossians 3:23 weaves the idea of both heart motivation and work ethic together, “Whatever you do, work heartily, as for the Lord and not for men.”

Let’s be careful not to demonize athletes who seek to perfect their skills by sacrificing things that the rest of us would never give up. Hard work and the pursuit of excellence is a biblical concept worthy of celebration.

But does that make it right?

In a recent interview with rapper Kendrick Lamar, Bryant admitted, “If basketball is the best thing I’ve done in my life, then I’ve failed.” And that’s the problem with wanting to become the best at the expense of other good things in life—like deep and meaningful friendships.

Bryant continues, “It’s a very simple mission, very simple quest, very simple goal. These next 20 years need to be better than the previous 20. It’s as simple as that and that is what drives me.” What about after that? At what point will the truth of Ecclesiastes 3:11, that God has put eternity in the hearts of man, echo within his own soul? Will he figure it out himself?

We have a biblical mandate to work hard. Oftentimes, this means we must make sacrifices. But if one of those sacrifices means cutting out all possibility for deep friendship, no matter how much earthly success we gain, we have failed.

Why? What purpose does a good friend serve in the life of a highly competitive, highly motivated athlete?

What friendships give us

Robert Waldinger once posed the question during a TED talk: “If you were going to invest now in your future best self, where would you put your time and your energy?”

Waldinger answers the question against the backdrop of a 75-year-long comprehensive research project that has followed the lives of 724 men since 1938.

The Harvard study overwhelmingly reveals there is a direct link between one’s happiness and their interpersonal relationship—their friends.

In a previous piece for Athletes in Action, Dr. Ed Uszynski summarizes Waldinger’s assertions in the following statements:

1) Over the course of life, interpersonal relationships are of utmost importance in the quest for happiness.

So relationships matter. In a quest for happiness, even secular research informs us that we are wise to travel down the paved road of friendships. But, for athletes like Bryant, we must also recognize the danger that comes from trusting another person who at the end of the day may not be deserving of that trust.

Athletes need to choose their friends wisely. A recent conversation with a football player on campus reminded me of this truth. Sidelined with an injury, he mentioned that those people who claimed to be his friends when he was making plays are now nowhere to be seen. Let’s show some empathy for athletes like Bryant, who have people clamoring for a glimpse of his money, platform, and time, all under the disguise of friendship. What kind of friends are needed? How can we measure something that seems immeasurable on the front end of a relationship? Here are three questions to think through when determining who to let into your life.

Are they impressed with you?

If someone is impressed by you, they probably won’t end up being a good friend. They are too in awe of you to give you what you need in the relationship. People who are in awe of you cannot be trusted with sensitive and vulnerable information. They will be so excited that you confided in them that they will find someone to tell it to. “Friends” who are impressed by you will never risk disappointing you because they value you liking them above all else.

Do they tell you the truth?

This builds off the previous point. Friends who are not impressed with you will tell you the truth. They are willing to risk you being frustrated with them, potentially you even stiff-arming them completely because they care about seeing you grow more than they care about being seen with you. Find friends who are willing to tell you the truth, even if it’s hard to hear.

Do they point you towards what really matters in life?

People who want to spend all their time with you talking about your last game or how great you were are not friends—they are fans. That does not mean friends cannot talk about the competition or give you affirmation, but if they cannot move towards meaningful conversation outside of sports, they may not be worthy of your trust. Real friends care about real things in life. Sports are great, but they should not trump all other categories of life that God calls us to care about, think about, and invest in.

I’d like to be friends with Kobe. I would love to talk about his basketball career and learn from him how to run a successful business. Like him, I hope his next 20 years are better than the last. But I would also like to tell him the truth. If he wants his next 20 years of life to be better than the previous 20 years, he needs to let some people in to journey with him.