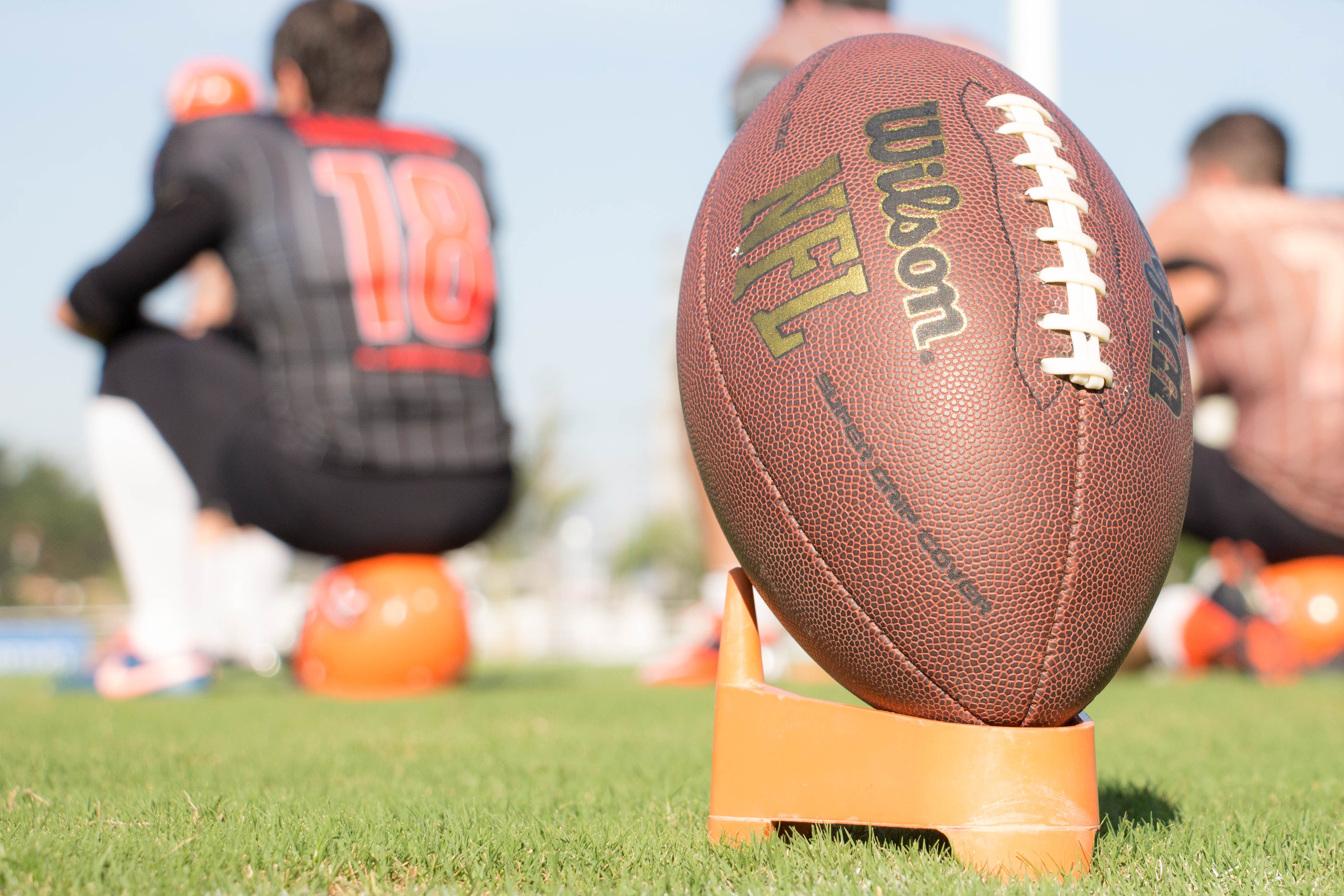 I didn’t like what Bears kicker Eddy Pineira said after the game against the Denver Broncos on Sunday afternoon. Call me a curmudgeon if you want.

Maybe I should clarify.

I liked what he said. I just did not like when he said it.

After kicking a game-winning field goal, Pineira said this in front of a national audience: “For everybody listening, If you don’t believe in Jesus Christ, you better start because he’s real, I promise you that.” As of today, Sports Spectrum has over 14,000 likes and climbing after sharing the tweet. And that’s great. Seriously. Praise God.

But I always want more as a listener. Without giving us more, Pineira leaves us with a dangerous assumption that’s spreading around social media like wildfire. Eddy, are you saying we should believe in Jesus because he helps us win games or gives us success in life? Because that’s what it sounds like given the context. And context provides just as much theology as the words that come out of our mouths and shared from our social media feeds. I’m guessing the team you beat may have an issue with that type of theology. Last year’s kicker for the Bears, Cody Parkey, may have an issue with that too.

It’s worth noting this is beyond “I want to thank my Lord and Savior Jesus Christ” (which I believe is glorifying to God and to Pineira’s credit, he did that later). This is making a direct correlation to the success just experienced and it being the reason why Jesus exists.

That’s the formula for the prosperity gospel.

Before we move on, let me give three quick disclaimers: I do not know Eddy Pineira personally and I am not saying he believes the prosperity gospel. I also understand that excitement, adrenaline, and a microphone shoved in our face causes us to phrases things in a way that we may later regret.

The prosperity gospel says this: if I trust in God and have enough faith, he will reward me with earthly blessings like health, wealth and success.

Within the context of sports, that means if you lose, it’s because you didn’t pray hard enough, or sinned earlier in the week, or because you didn’t have enough faith. The prosperity gospel teaches that you would have won had you done the right things or had more faith that God would bring you out on top.

But God cannot be manipulated that way.

I once discipled an athlete who was convinced God had promised him success. The promises were specific: NCAA Championship. MVP. First pick overall. Even the team that would eventually draft him. When none of those came true, he had to choose one of three options:

He chose number three. He opted to believe that God had great things in store for him—but first, he had to hold up his end of the bargain. He needed to be obedient in all situations or God would take back his promises. He needed to believe with all his heart, leaving no room for a sliver of doubt, or God would withhold these promises. He was trying to manipulate God into getting what he wanted.

I’m guilty of this too

We’ve all done it before (especially me). Some of us may still do it. We have used God as a rabbit’s foot or a good luck charm for our personal gain, win, or power. We understand we don’t deserve free gifts, so we try to behave better. We work as hard as we can to refrain from sin in the days (or hours) leading up to competition, and then we pray that God would bless us for being so amazing. It would be funny if it weren’t true. But the fact it’s true is what makes it so tragic.

The beauty of the gospel is that God does not bless us based on our awesomeness, but on his. 2 Corinthians 5:21 says, “For our sake he made him to be sin who knew no sin, so that in him we might become the righteousness of God.” We don’t need to perform for God for him to bless us. Jesus already performed for us.

One user on Twitter had this to say in the comments: “Now we know why he was chosen as Bears’ kicker.. to spread the beautiful news in a much trying and stress making situation..way to go Eddie never stop believing!!”

The beautiful news of the Gospel is that Jesus died to save us from eternal separation from God. It is not, if you believe in Jesus, everything will work out. That’s a dangerous lower-case “g” gospel to share with people. It’s why I cringed a bit when Pineira shared what he shared after his game-winning kick. And why I cringe even more when sports ministries and Christians fan the flame by spreading it all over social media.

So, yes, you should believe in Jesus. Yes, he is real. He paid the ultimate sacrifice for you. And when you surrender your life to him, you get God. That’s the promise of the Gospel. And that’s the message we need Christian athletes and sports ministries everywhere to help spread.