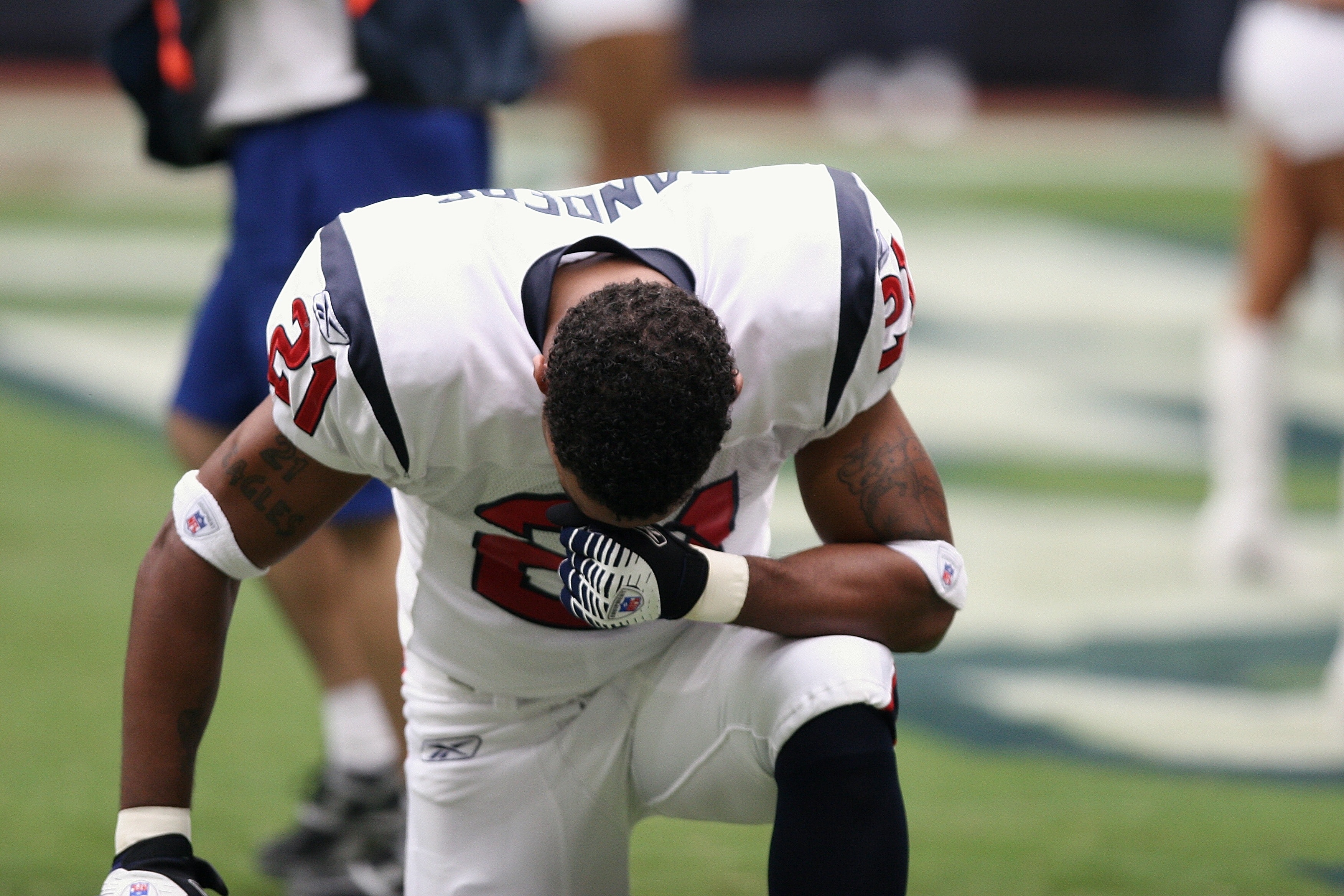 The Danger in Using Words We Don’t Understand

I have a good friend who heard a phrase his freshmen year of college and thought two things:

This friend made this particular phrase a regular part of his vocabulary and spent the better part of his freshmen year using it at practice, parties, Christian events, and in everyday conversation. What was the phrase?

This friend soon found out that it sounded even better when you put the word “crazy” in front of it. Ignorant as to what this meant, it was not until someone lovingly pulled him aside and informed him what he was actually saying when he called people “crazy mofos” that he finally stopped using it.

While humorous, this friend unintentionally offended many people.
Here’s the thing: I think we make a similar error surrounding the word glory.

I think very few of us know what glory is and what it looks like to “give it to God.” My fear is that it has become such a rehearsed line by well-meaning, Christ-following athletes, that we have become ignorant as to what it actually means or looks like. We throw it around robotically— knowing we are supposed to say it, but unaware of what it means.

As a result, we may be unintentionally offending the infinite God of the universe. It can be very foolish to use a word without understanding the full depth of its meaning, especially one as important as glory. Though unintentional, our ignorance surrounding the word glory can potentially lead us into three dangerous traps. By no means is this an attempt to pigeonhole every Christian athlete who has ever used the phrase “glory to God.” These are dangers we can fall prey to, however, when we have a distorted view of glory.

We’ve all seen it plenty of times. An athlete makes a fantastic play. The crowd goes crazy. The athlete celebrates with his or her teammates. After the game, the interview follows a predictable script:

Media: “ Can you walk us through that play you just made?”
Athlete: “I mean, I want to start by giving all the glory to God and thanking him for this moment.”

This is called redirecting praise. Somebody offers you a compliment and you attempt to deflect praise by giving credit to someone else. What possible danger is there in that?

Acts 14 gives us some insight into this. Paul and Barnabas are in a city called Lystra, and Paul heals a guy who has been unable to walk since birth. Beginning in verse 11:

“And when the crowds saw what Paul had done, they lifted up their voices, saying in Lycaonian, ‘The gods have come down to us in the likeness of men!’ Barnabas they called Zeus, and Paul, Hermes, because he was the chief speaker. And the priest of Zeus, whose temple was at the entrance to the city, brought oxen and garlands to the gates and wanted to offer sacrifice with the crowds” (Acts 14:11-13).

Athlete, can you recognize what is going on in this scenario? Let’s recap. Paul and Barnabas do something amazing that draws the attention of the crowd. The crowd goes crazy, screaming their names and comparing them to the all-time greats. Maybe they even did the wave. This type of behavior happens every week in our sports-saturated culture.

Paul and Barnabas have a great response. They do not say, “All the glory to God!” They do not say, “Thanks guys, we just want to take a second to thank our Lord and Savior Jesus Christ.” They didn’t double fist pound their chest and then point to the sky. Instead, they ran to the scene and pleaded with the crowd to stop worshiping them. Paul and Barnabas did not buy into their hype. Even though the crowd cheered them on, they actively pushed against the praise.

My fear is that our “All glory to God” refrain after the game has become nothing more than a Christian way of saying “thank you for the compliment.”

Paul and Barnabas understood the danger of being praised and worshiped. Remember, Acts 14 occurs after Acts 12. In chapter 12, Herod was killed immediately after failing to give glory to God. Paul and Barnabas aggressively attacked the praise lavished on them and sought to get the spotlight off of themselves.

Another danger we can fall into is that of heartless dedication. The concept here is pretty simple. We claim to play our sport to glorify God or as a grateful response for what he has done for us. Many Christian athletes will use the phrase AO1 (Audience of One) as a way of saying they play for God.

If that’s truly the case, great. My fear, however, is that we have become a subculture of Christianity that gives excellent lip service to our intentions, when in reality our hearts are not centered on God or even thinking about him at all. If you are claiming to compete for an “audience of One,” but your words aren’t backed up by your heart attitude and your actions throughout the competition and daily rhythms of your sport, I want to plead with you: please be careful.

Isaiah 1 paints a pretty terrifying picture of how God responds to this kind of hypocrisy. The people of God are offering sacrifices, throwing parties and festivals as prescribed by the law. They are doing and saying all the right things.

But there is a problem. God is not a fan. In fact, he actually says he hates it at a soul level (Isaiah 1:14).

A third danger we can fall prey to when we don’t fully understand what glory is and how to give it to God is that we can misunderstand what God really desires from us.

Have you ever noticed when we give glory to God?

We wrongly assume that God primarily gets the glory when we play well and/or win.

Does he want us to play with excellence? Absolutely. I would argue (and I do in chapter 6) that doing so reflects his image very well.

The problem, however, is we often believe God is more glorified through the person who hit the game-winning shot than through the defender who gave it everything he had and failed. We have made a dangerous link between earthly success and it being the primary way through which God is glorified.

First Samuel 16 shows us the main thing God is after. God sends Samuel to choose the next king of Israel from among Jesse’s sons. Predictably, Jesse brings out who he thinks is the best option among his sons. Here’s how the scene plays out:

“When they came, he looked on Eliab and thought, ‘Surely the Lord’s anointed is before
him.’ But the Lord said to Samuel, ‘Do not look on his appearance or on the height of his stature, because I have rejected him. For the Lord sees not as man sees: man looks on the outward appearance, but the Lord looks on the heart’” (1 Samuel 16:6-7).

In a SportsCenter “top plays” culture, we are easily deceived into believing that what impresses us must also impress God. It’s an easy mistake to make. But it’s not one without consequences.

These three dangers are the result of our wrong assumptions about glory. As was the case with my friend badly misunderstanding what he was saying, we must have a clear understanding of what we’re talking about if we want to give God what he desires most. It’s literally a weighty concept—and not to be taken lightly.

P.S.  In the first chapter of my book The Assist: A Gospel-Centered Guide to Glorifying God Through Sports, I define what giving glory to God in the context of sports actually means. I then spend the rest of the book unpacking how to glorify Him in areas of sport like: winning, losing, practice, injuries, teammates, coaches, and other areas of your sport you experience every day. I hope you check out this resource! It is an assist. From me to you.

P.S. (part 2) If you want me to send you some free resources, subscribe below and I will send you some great stuff! I promise not to spam you either:)