Appreciating The Excellence Of Calvin Johnson 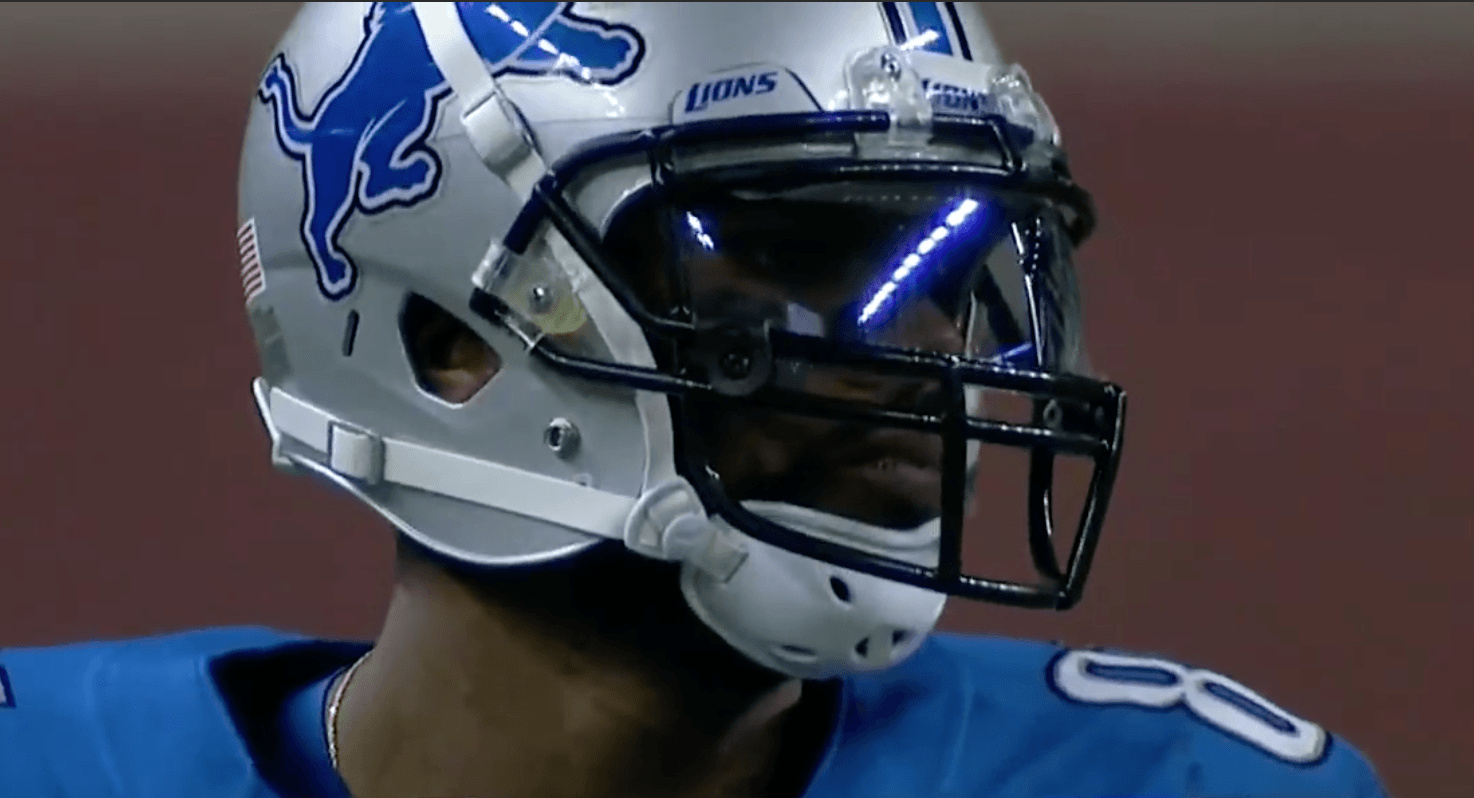 Calvin Johnson, one of the most talented receivers of all-time, is back in the news. After stunning the sports world a few years back by announcing his early retirement, Johnson now claims the Lions intentionally told him to change his narrative after suffering a concussion in 2012.

Personally, as a decades-long fan of the Lions, I find myself saddened by the reality of his exciting career coming to an early end and hearing his continued frustration with the team I’ve cheered for since I was a kid.

Calvin Johnson was more than just a great player I had the privilege of watching every Sunday on the football field. He was one of the first athletes to ever help me redirect my attention beyond his work on the field to something much greater.

They Called Him Megatron

Statistically, Johnson’s career was nothing short of brilliant, especially considering that in most games he was shadowed by two or three opponents on every possession. In spite of drawing this attention, “Megatron” was still a nightmare in the minds of individual defensive backs whose goals were maxed simply trying to contain him.

“You could have two guys on him. You can have three guys on him. As you’ve seen, you can even have four guys on him, and he’ll come down with the ball.” (Washington Redskins cornerback Tracy Porter)

Unfortunately, Calvin Johnson’s dominant career did not produce proportional success for the rest of the team. The Lions never won a playoff game with Johnson and rarely seemed as relevant as their great receiver deserved.

But as a long-time viewer of the Lions, I followed him every week and have come to realize that he delivered—probably quite unintentionally—something that only truly special athletes can.

Calvin Johnson made me think about God.

Strange, I know, but don’t misunderstand me. I do not mean that I compare Johnson to God or think of him as a god.

His unique ability became a vessel through which I could more fully appreciate the good gifts and attributes of God Himself. Philippians 4 exhorts us that “if there is any excellence, if there is anything worthy of praise, think about these things.”

Genesis 1:27 says that we are all created in God’s image. Everyone has unique attributes reflecting this image and no one’s imaging is more important than anyone else’s.

However, God gave Calvin Johnson a body to steward in the sub-culture of sports and within that context, it is physically amazing.

Sports Science broke down the physical capabilities of Johnson a few years ago in this video:

Hall of Fame Cornerback Mike Haynes said, “In my whole career, I never faced a guy like that, who was that tall and that fast and that gifted, had that kind of leaping ability. I think he is a physical specimen and I have nothing to compare him to.”

Calvin Johnson did not get to choose his genetics. God did. God determined how tall he was going to be, how fast he could run and how high he could jump. The body that God gifted Johnson with is a function of divine preplanning and certainly extraordinary among human frames.

But what if Johnson was lazy with it? What if he settled for just getting by and didn’t work to become better every day? Regarded as a certain Hall of Famer, Johnson took the body that God gifted him with and stewarded it to the best of his ability—he stewarded it with excellence.

Johnson taught me that regardless of what I have been given by God, it is my responsibility to steward it with excellence.

But am I an excellent steward of what he has given me?

I love to watch great players play great. It’s why I cheered for Tiger Woods in his prime and Kobe Bryant in his. I am currently on the Golden State Warriors bandwagon.

At the end of the day, I am still a Detroit Lions fan so don’t completely lump me in the bandwagon category.

But it is a beautiful thing to see someone who is uniquely gifted go out and maximize his gift set when it matters. More excellent than simply being genetically gifted, Johnson impressively executes with grace and skill.

Former teammate Taylor Bennett said, “He is like a bunch of Rembrandts. Every play, every game, he paints another picture.”

Over the years, I have noticed a subtle shift in how I experience those moments. I have moved from the more superficial and generic “Thank you God, the Lions could win!” to the more devotional and theological “Thank you God that I was able to see that moment of excellence.”

Psalm 19:1 tells us that “The heavens declare the glory of God, and the sky above proclaims his handiwork.” The point is simple: seeing beauty should lead us to attribute it to someone.

The beauty of seeing Johnson do the things he does leads to an appreciation directed at God. It would be a shame to see the sunset over a mountain range and simply think “well that was cool.”

We have been created for more! The purpose of every good gift that God has given us—like watching the beauty of sport—should cause our minds to go beyond the gift and toward the Giver.

I learned from watching Calvin Johnson and other greats like him that God’s beauty can be seen beyond the mountains and the oceans. It can be seen and appreciated on the field of play in the human bodies He created. Am I taking notice and redirecting my attention back to God?

In 2012, after Johnson received the biggest contract in NFL history for a wide receiver, ESPN writer Kevin Seifert had this to say:

I learned long ago how to suppress resentment toward millionaire sports figures whose atmospheric salaries could, in some cases, feed a village of the world’s citizens. It’s pointless, it only leads to further angst and it’s really nothing more than capitalism at work.

Yet as I watched Detroit Lions receiver Calvin Johnson take the podium Wednesday to accept the biggest contract in NFL history, I found myself moving in the opposite direction. I was glad to see someone who, frankly, isn’t an idiot—and doesn’t act like one, either—get rewarded for performing and behaving at the highest levels of his profession.

I won’t pretend to be close with Johnson or to have great insight into his life off the field. I’m sure he has an ego and that he has had some moments of weakness. But viewed in the context of professional sports, I think it’s well-known that Johnson is a quiet, thoughtful and humble person who is so good at what he does that he never feels compelled to tell you about it.

That’s why so many people were using the word ‘special’ Wednesday to describe Johnson.

Special indeed. He stands out from his peers because he journeys on the sparsely populated road of humility, a path rarely walked by exalted athletes, all the while stewarding what God gave him with grace and beauty.

What I do know is that Calvin Johnson played the game with an excellence that over the years shifted my attention away from the game on the screen toward the God who created him, presenting that rare mash-up of athleticism done so right that by watching him through proper lenses, a person might actually admire some of the excellencies of God.