7 Things Athletes Can Learn From The Office 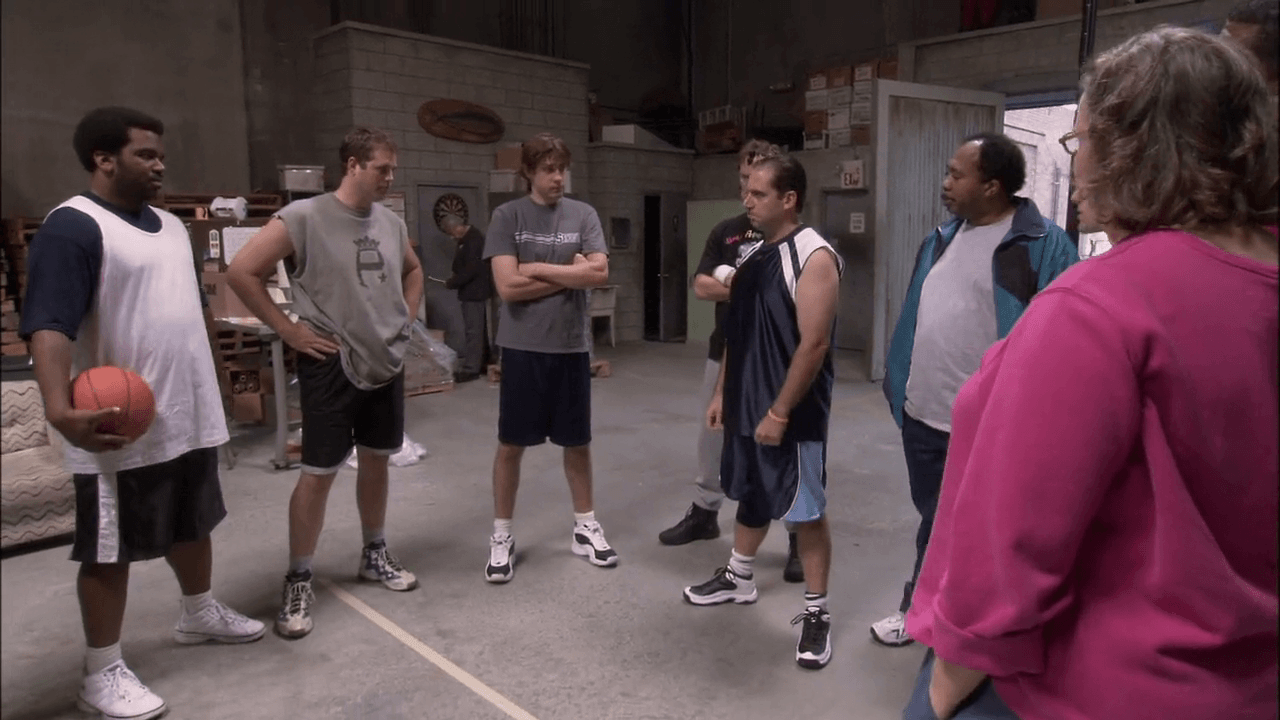 “What are you watching?”

I smile slightly and my wife already knows.

For me, and millions of others, The Office is that summer pop song we played on repeat when we were teenagers, insisting we would never get sick of hearing it. After a while, Smashmouth’s All Star got old—and annoying. But The Office continues to deliver.

This post represents my attempt to justify the hundreds of hours I’ve spent watching it over the years and to prove to my wife that some good can come from my nightly Netflix binge.

What follows are 7 things athletes can learn from The Office. All truth belongs to God. And yes, there is some truth to be gleaned from the greatest show of all time.

A consistent thread throughout the 9 seasons of The Office is the rivalry between Jim and Dwight. It’s a rivalry birthed out of annoyance and played out through pranks. But what starts as rivalry ends in friendship. We witness acts of kindness towards the other that show mutual respect. Yes, the pranks continue, but respect and friendship begin to form.

Athlete, you don’t have to hate your competitor. It’s perfectly fine to have a strong desire to win. But your rival is not your enemy. Let’s not believe that narrative. What if you started following them and interacting with them through social media? What if you exchanged numbers after a game or connected in the offseason?

Again, your rival does not have to be your enemy. Allow them to simply be the competitor you want to beat when the whistle blows. After it’s over, you don’t have to become best friends.

Did you know that Andy Bernard went to Cornell? Hopefully you did. Because he tells us every opportunity he gets. Andy is so insecure that his alma mater becomes the one identity he is sure will resonate with his co-workers. What’s wrong with that? A lot, actually.

Andy’s propensity to overshare about Cornell makes his co-workers roll their eyes at him—and completely go numb to how great of a school Cornell is.  Even though he wants people to know how awesome the school is, he gets in the way by inserting it into the conversation at inopportune times. He wants to be a vessel. In the end, he becomes a dam.

Athlete, learn from Andy’s mistake. If you have surrendered your life to Christ, your relationship with God is worth talking about. But just talking about God does not guarantee your teammates will fall in love with him. If you don’t pick your spots wisely, your teammates will tune you out. If you don’t pick your spots wisely, they could tune God out because of their unpleasant experience with you. That’s harsh to say, but I’m afraid it’s a reality we all need to wrestle with as ambassadors on Christ’s behalf.

Stanley hates his job. He doesn’t like or respect his boss. He’s indifferent to most of his co-workers. Stanley Hudson is unmotivated in the workplace. But a few instances, like pretzel day, or the push-up contest, or the weight loss competition, show his willingness to break out of his crossword coma.

Here’s the point: having the right motivation can help us persevere through anything. And because God is after the heart, what motivates us matters.

Athlete, do you know what motivates you? Identifying that motivation (and maybe repenting of it) is the key to enjoying your sport.

Take the plank out

Angela is an evangelical Christian. Well, she at least represents how our culture thinks an evangelical Christian should act. Angela is both judgemental and hypocritical. She holds others to a high standard—one she apparently takes from the bible. Yet she fails to live up to that similar standard. Even worse, she seems completely unaware that she holds others to a higher standard than she holds herself.

Jesus calls this type of behavior out in Matthew 7:1-5:

Athlete, it’s ok to have high standards. God calls us to a high standard of living—not to earn God’s love, but because we have been gifted God’s love. If your teammates haven’t professed a Christian faith, why would you hold them to a standard they haven’t agreed to live by yet?

Win them over by loving and serving, not by judging and condemning.

For the first few seasons, Pam is the loveable receptionist known for playing it safe. She stays with the wrong guy for too long. She won’t go to art school. She seems discontent with her job but is unwilling to change. But as the show continues, she begins to risk. She runs barefoot through the hot coals. She tells Jim how she feels. She quits her job as a receptionist to join The Michael Scott Paper Company as its first salesman.

Athlete, when is the last time you have taken a risk with your faith? When is the last time you broke your normal rhythms to engage with God? Maybe that means starting a bible study on your team. Maybe it means talking to a teammate about Jesus or asking how you can pray for them this week. It could simply mean risking some extra sleep to wake up and spend some time reading the Bible.

Find your identity outside of other’s opinions of you

Michael Scott desperately needs the approval of others. It’s both hilarious and tragic.

Michael’s every word and action is filtered through how others will perceive him. His incessant need to be liked by everyone is one of the shows most dominant themes.

As an athlete, you probably resonate with this. Sports create an environment where we are praised when things go well and criticized when they don’t. Other’s approval can quickly become a drug we need to function.

You know how Michael broke free of his need to please everyone? He found someone who loved him just the way he was and that person’s love and opinion of him transcended everyone else.

I’m not advocating for you to find a husband or a wife right now as the answer to the identity problem. The Office had the formula right, but the variables wrong. The answer to our identity is through a relationship with God and trusting that His opinion of us matters more than the opinions and approval of fans, coaches, competitors, teammates, friends, and family.

Our culture demands your acceptance by proving that you deserve it on the playing field.

God’s truth in Ephesians 2:8,9 stands in opposition to that:

“For by grace you have been saved through faith. And this is not your own doing; it is the gift of God, not a result of works, so that no one may boast.”

Notice the little things and celebrate them

Athlete, you don’t need to throw a yearly party celebrating uncomfortably specific things about your teammates and handing everyone outdated trophies. But what if you took time each week to shoot a quick text to a teammate telling them you noticed something positive about them? This requires a couple of things. One, it requires paying attention to someone other than yourself during practice. Two, it means taking 30 seconds to type up a text and press send. That’s about it. Very little investment on your end with a potentially huge impact on someone else.